From museums and mysteries to the Royal Canadian Mint: immerse yourself in the cultural experiences that characterize the capital of this Prairie province. Winnipeg is filled with fun activities – especially with the vibrant nightlife. There are a handful of great restaurants and exciting nightclubs. There is even an active casino lifestyle for those who prefer the thrill and the luxurious setting, and for those who just want to join the fun from their laptops and smartphones, online casinos have been rising in popularity too – and you can easily identify the best casino sites in Canada yourself. But one thing is sure, there is so much more to Winnipeg than the compelling nightlife, these are the 10 best places sites in Winnipeg that can’t be missed. 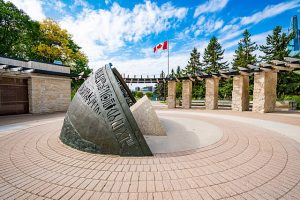 One of the most remarkable buildings in the country, the Canadian Museum for Human Rights is a gleaming metal and glass structure with rounded shapes whose exterior alone is worth a look… but which also contains a superb collection of 10 main galleries presenting exhibitions that will make you think about human life and the place you occupy here. It is the only museum in the world entirely dedicated to human rights education and awareness. During your visit, you will learn more about indigenous peoples and their views on rights, but also about the Holocaust and other genocides, how to break the silence and foster change, and many more things – all from a Canadian perspective.

How many attractions can boast of being a major gathering point for over 6,000 years? Indigenous peoples have met for thousands of years in this place that is now known as The Forks National Historic Site. It is at the point of the two great rivers of Winnipeg, the Rouge and the Assiniboine. Now a 3.6-hectare space devoted to shopping, cooking, arts and entertainment, it is popular with locals and tourists alike. Take a tour to discover the rich history of the site through the sculptures, rock inscriptions and other installations that tell its history. Take a seat in the amphitheater by the river to listen to a free concert, skate on the frozen river or go down in a canoe, depending on the season, then treat yourself to a good meal at the market. 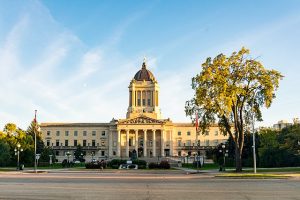 Did you love the Da Vinci Code? You must stop at the Manitoba Legislative Building, which is the archetype of a magnificent government building, from its monumental staircase to its imposing statues. But what is different are the hieroglyphs, masonic symbols, numerical codes and other secrets hidden everywhere. Occult links, sphinxes, ancient temples are all subjects covered during the Hermetic Code Tour visit.

The Manitoba Museum is Winnipeg’s largest museum, and the scope of its collection is matched only by its size. Its new permanent galleries feature exhibitions from the reproduction of an old buffalo hunt to the 17th century English ship “Nonsuch”, replica from 1970, for the 300th anniversary of Hudson’s Bay Company. The planetarium of the museum deploys the sky above you in a panorama that you will not forget. 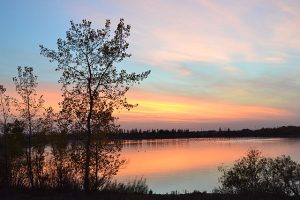 FortWhyte Alive is a wild oasis bordering 260 hectares, planted in the heart of the Manitoban capital. The park has everything you need for outdoor enthusiasts: a host of activities (fishing, canoeing, snowshoeing, skating, skiing, tobogganing), and a wide variety of fauna (bison, white-tailed deer, reptiles, muskrats, more than 160 species of birds). Even better, there are also cultural and historical exhibits, a farm, a restaurant, and more. Explore approximately 6.5 kilometers of forest trails on foot or by bike; canoe or tease fish in sheltered lakes; get up close and personal with Canada’s largest land mammal on a bison viewing safari.

More than 27,000 pieces make up the collection of the Art Gallery of Winnipeg, whose foundation in 1912, made it the oldest civic gallery in the country. There are works of art from all shapes and eras, from ancient Greek statues to modern photographs to Renaissance paintings. The gallery also showcases some of the most important Canadian works, as well as the largest selection of contemporary Inuit art in the world. The Museum’s collection has been exhibited and critically acclaimed everywhere from New York to Tokyo, but it is never as beautiful as it is at home.

The Royal Canadian Mint is a real architectural treasure. Erected at the water’s edge, the glass building springs from the ground like an immense reflecting pyramid. Once you have been able to take your eyes off its exterior, enter to visit. You can weigh a gold bar valued at $600,000 and admire the Vancouver Olympic gold medals, which were made on site. All of Canada’s coins are minted here, billions per year, in addition to coins from 70 other countries.

This Scandinavian-inspired spa is the perfect place to relax and forget about stress. Relax for a long time in a thermal pool, sweat it out in the Finnish sauna, then treat yourself to a massage before enjoying a gourmet meal.

The Assiniboine park zoo is home to tigers, leopards, bears, as well as about 1,500 other species in a 32-hectare space just waiting to be explored. Located just minutes from downtown Winnipeg, the zoo will transport you from continent to continent through countless species. Reptiles, birds, fish, mammals… everything you can imagine! And the highlight of your visit will be the experience of the “Journey to Churchill”: watch the polar bears swim and frolic above your head in the Sea Ice Passage underwater observation tunnel. Discover the diverse landscapes of Churchill, from the boreal forest to the tundra, as well as the animals that inhabit this harsh habitat, from caribou and muskox to arctic wolves and foxes.

A walk through the Exchange District is one of many things you can do for free in Winnipeg. Covering 20 blocks, the Exchange District of Winnipeg is a veritable time capsule which has beautifully preserved about 150 heritage buildings dating back to the turn of the 19th century. This national historic site dates from the 1880s when Winnipeg was booming. Its terracotta and stone buildings once housed banks and warehouses. Nowadays, they are art galleries, boutiques, design firms, architectural firms, studios and a plethora of restaurants.