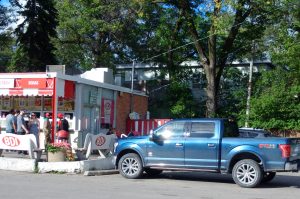 Summer is the time for roadtrips, fun and family outings! What a perfect time to test out the 2017 Ford King Ranch F150!

For me it was also learning to be flexible with those plans! We had booked a cabin in Gimli for a few days – the weather was terrible, raining and windy but we still went ahead with it. Got to town and the power went out….including the cabins. Throw in an apocalypctic amount of fish flies and that was my predicament. It was just me, my mom and the kiddo – who was terrified of the bugs and of spending the night in a strange cabin with no power. So, we threw in the towel and came home. 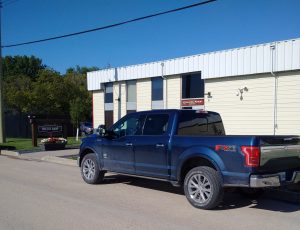 Luckily, the truck was nice and cozy for the trip – so much room to pack everything in…and unpack it the same day too! 😉 A breeze to drive in the city and on the highway. I was a bit nervous because it’s quite a bit bigger than my tiny Focus I drive on a daily basis. Was great to have driving through storms though and always nice to be that high up on the highway.

One thing I couldn’t believe with the truck was how little fuel it used! On a full tank it read in the 900 km’s left….and it was accurate! Perfect for roadtrips, barely ever have to stop for gas. 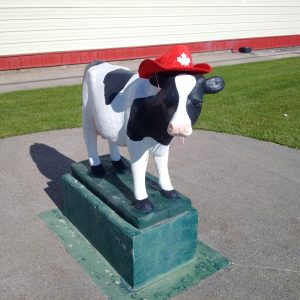 So, now we had an empty scheduele and the weather had improved. We hit up BDI of course for some Goog specials – can’t get more summery than that!

We decided to do a little roadtrip, just kiddo and I. And as usual, it was food based!

We hit up Bothwell Cheese first thing in the morning and stocked up – filled my entire cooler I had brought along with us. I’m not the best with maps, and knowing where towns are. I knew we were sort of close to Steinbach and wanted to head there next. Punched in our next stop and was surprised to find we were just 10 minutes away! I have a great memory for numbers, what things cost etc…. but drop me in the middle of somewhere and I have no clue how to get to the next stop. Geography is not my forte! The gps in the truck was great, thankfully. So on we went to Steinbach. 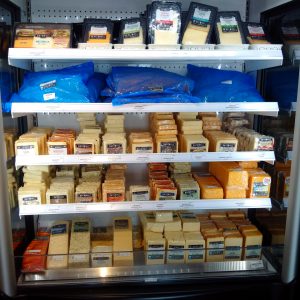 It’s not a town I know much about, or have visited very often. Not sure why not, we’ve been a few times, but not to just look around.

Our first stop was Prairie Oils and Vinegar. If you haven’t been there, you need to check this place out!

It was so fun, almost felt like we took a course in oils and vinegars, they were so helpful and full of tips and ideas. Kiddo loves dipping bread in oil and vinegar so figured she’d have fun with this, I had no idea there were so many types and kinds.

The store is laid out really well, you can test out absolutely everything they have. 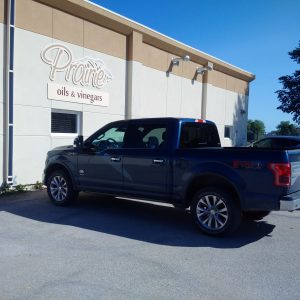 you’ve had is a cup of coffee! 🙂 We taste tested a ton of oils and vinegars,

until I just couldn’t have any more! Next time, I’m going after lunch for sure. It was so neat to try all these different kinds out. Things like grapefruit vinegar, maple vinegar, orange oil and so on!

My absolute favourite is the Tuscan oil and vinegar – I bought a medium sized set of those, and sadly it’s all gone already!

You can use them in cooking of course, salad dressings – but also to flavour water and all kinds of other uses. It’s changed the way I’m cooking for sure, keeping things simple and loving the flavours. 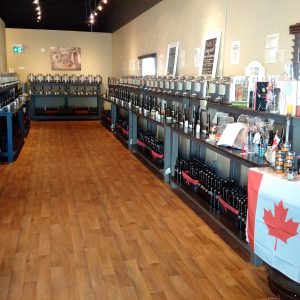 Mark them down for a place to go see – perfect for a family outing, a girls night out event, or just regular shopping.

They were so great at the shop – gave me a map and circled places to see while we were there. There were so many cool places in town that we didn’t even get to see them all!

Our next stop was lunch – we checked out a cool café in a house called Rhyme or Reason. And it’s on Reimer ave. – pretty good little pun there!

The food was great – we had mocha’s and they were the best I’ve had in years, and i’m super picky for coffee. I’d go back just for that! Had a quiche, the choice was regular crust or potato crust which I’d never heard of. Of course I tried the potato, what a great idea! Sort of like shredded hashbrowns at the bottom. 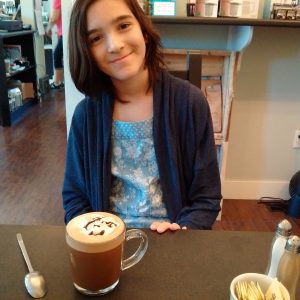 I couldn’t resist getting a cinnamon bun to go – and I wish I would have tried it on the spot! It was amazing! The bun itself was great, but the sauce on top tasted like French sucre a la crème (cream and brown sugar) which I’ve never had on a cinnamon bun. So, many of those will be coming home with me next time!

We stopped into Nature’s Farms of course for some pasta and granola – can you tell yet how much we love to eat? I like that it all kind of goes together too, the pasta and the oils and like best friends in the kitchen.

And I figured, we are in Steinbach and we have this great truck. Let’s check out Menno Mart. If you haven’t been there, add it to the list.

It’s a big store filled with all kinds of treasures. Things leftover from renovation projects, used items, new items – you name it, they probably have it or will have it at some point. I’ve been seeing them on facebook for quite a while, and just had to see for myself. 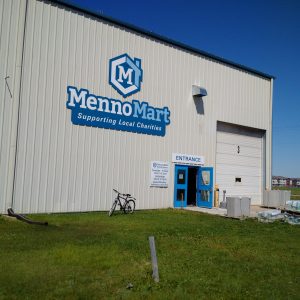 It was so fun to walk around and check it out! We picked up a few neat games that come in cd cases, super easy for leaving in the car or camper. I was drooling over these wooden tables – but there was no price tag and I figured they’re probably out of my budget.

Imagine how much I kicked myself when I got home and saw they updated the prices on facebook – from $20 to $35 each! I would have loaded up the truck for sure! So, lesson learned for shopping at Menno Mart.

We had so much fun in the truck while we had it. We made the best of the bad weather and just kind of rolled with it and it’s a day kiddo and I will remember forever. I love the safety of the truck, cruising along on the highway. It had so many great features too for safety – adaptive cruise control, all kinds of sensors to alert you of things around you and just the general feel of it.

One thing I loved about it too was the back seat – I like how it’s just as good as the front seat. It’s gigantic back there, kiddo and I debated just camping out back there. There’s heated seats, insane leg room and the seats were just comfortable. I love that passengers get just as good, if not almost better than the front passengers.

We drove around a lot during the week, Gimli, Steinbach, tooled around the city and I didn’t even use a half tank of gas!

And below is a video of my absolute favourite thing about the truck – running boards that come out when you open the door, and go back in when you close it. No banging your shins on them, makes it a breeze to get in and out – you really notice that when travelling with a kid and a senior. When I first saw it, I wondered – is that really necessary? But wow, after a few days it was just great. Not sure why I loved it that much, but I did! I guess we were hopping in and out of it a lot, lots of quick stops.

So, all in all we had a great week with the truck – and for me just seeing how easy it was to drive and get around in the city in tight parking spots etc. was fun. And of course, can’t beat that fuel efficiency!