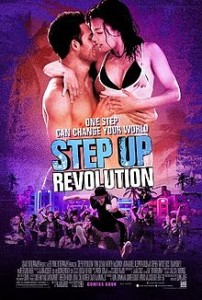 If you’re a big fan of the Step Up franchise you will be thrilled to know the next installment comes out on July 27th! Here’s a brief description of the film, which is set in Miami.

Emily (Kathryn McCormick) arrives in Miami with aspirations of becoming a professional dancer and soon falls in love with Sean (Ryan Guzman), a young man who leads a dance crew in elaborate, cutting-edge flash mobs, called “The Mob.” When a wealthy business man threatens to develop The Mob’s historic neighborhood and displace thousands of people, Emily must band together with Sean and The Mob to turn their performance art into protest art, and risk losing their dreams to fight for a greater cause.

The trailer for this film looks great, lots of dancing, fast paced scenes and music! Looks like a hot summer film! Want to attend the premiere? Well, 5 lucky people will each be able to go, with a friend!

To enter, comment below with why you want to go see this movie! The premiere is on July 25th at Polo Park so make sure you’re able to attend before entering. Giveaway ends Monday July 23rd at noon.