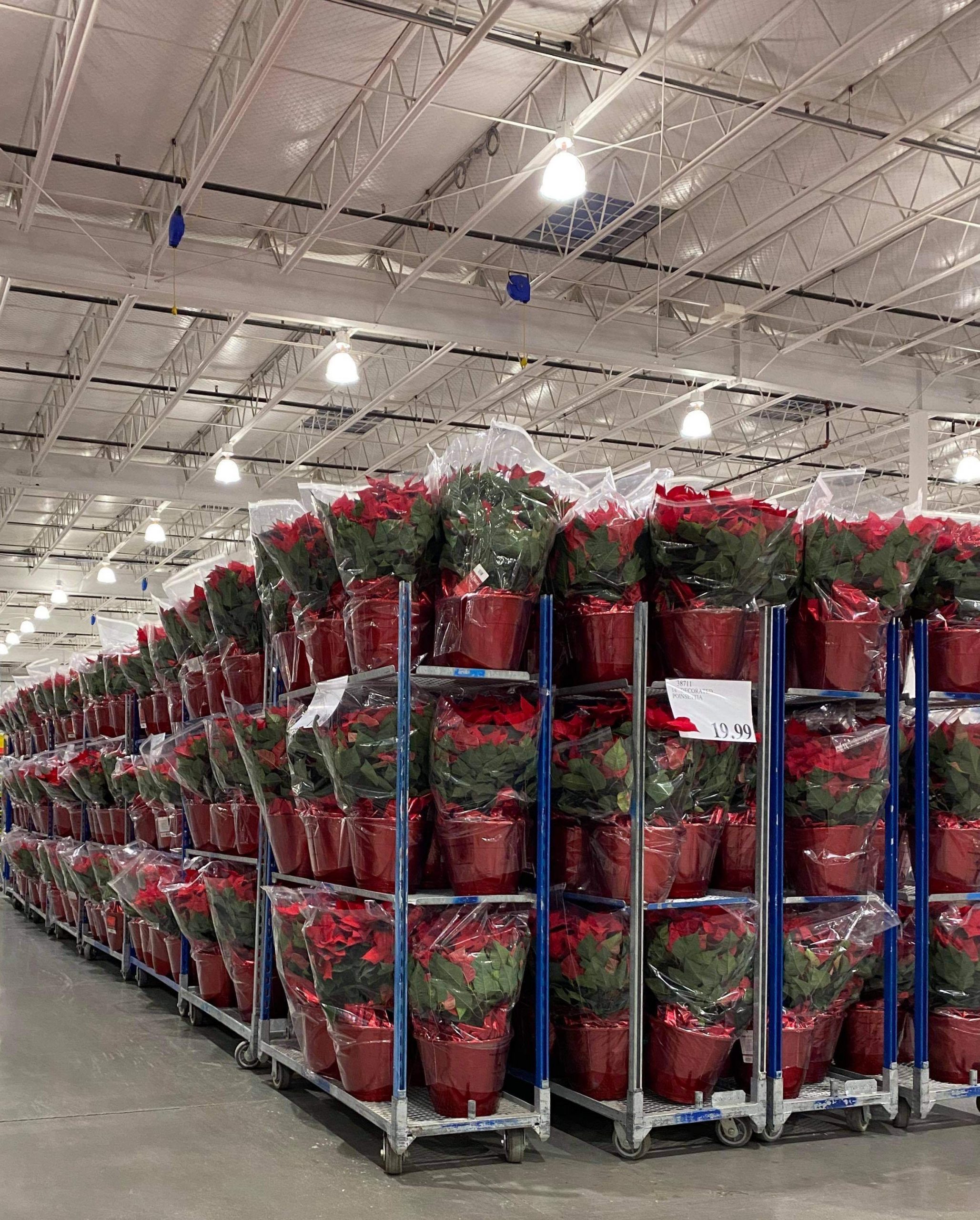 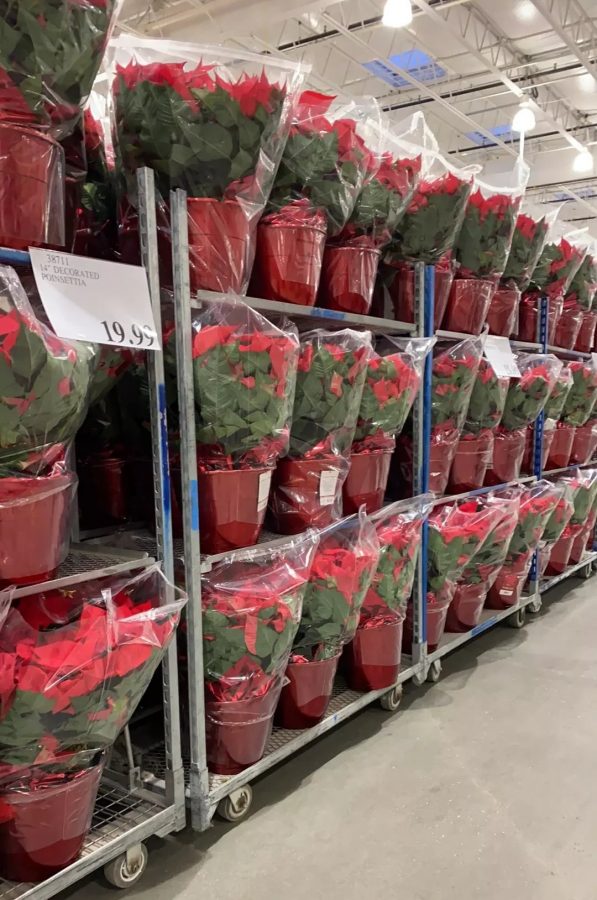 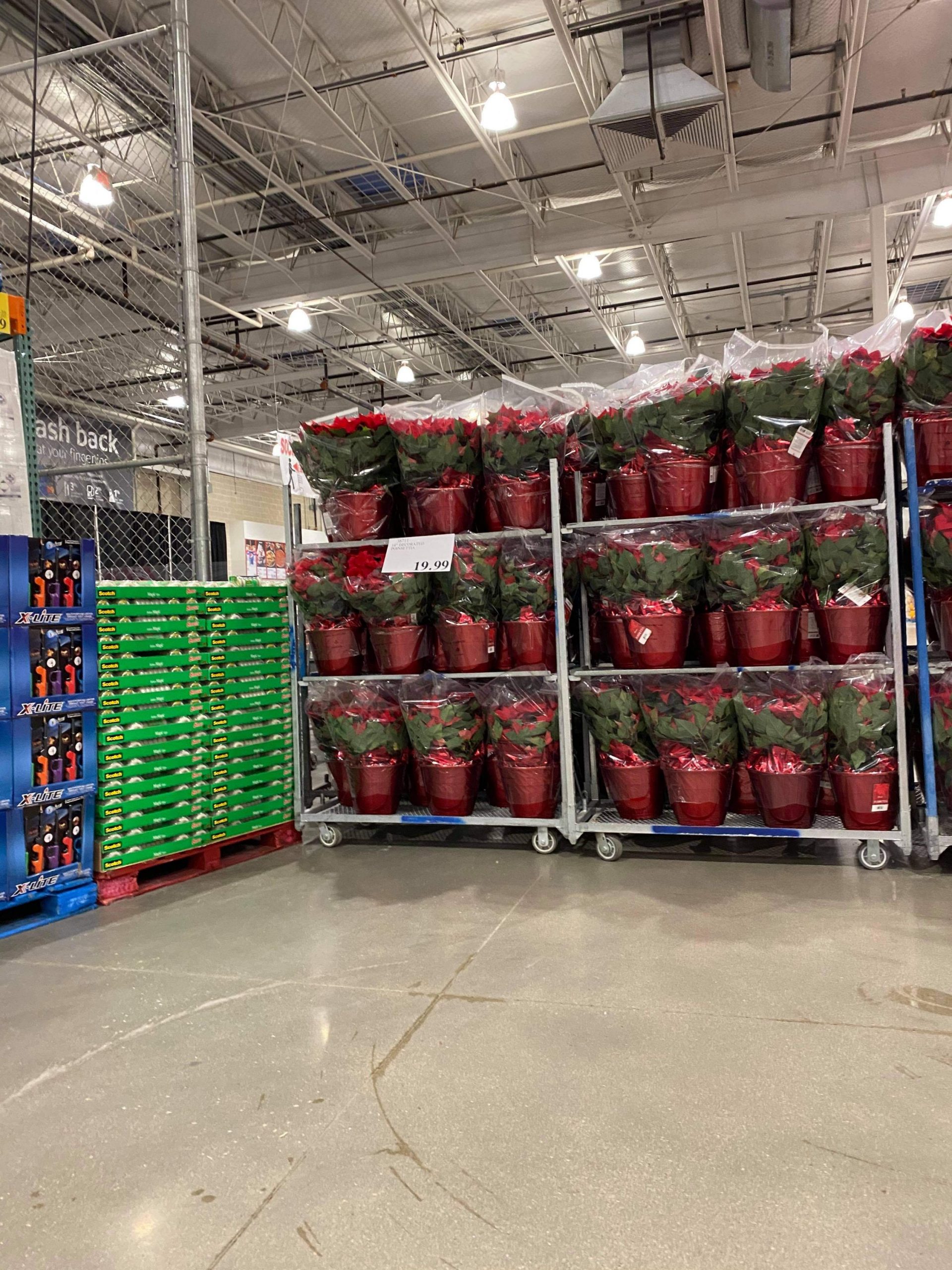 Costco Winnipeg stores sent back all of their Christmas type items to locations in other provinces when they found out they wouldn’t be able to sell them.

Apparently they now put out a call to get some back – so far this is it from the Kenaston location in Winnipeg. A few rolls of wrapping paper, scotch tape and a lot of poinsettias. 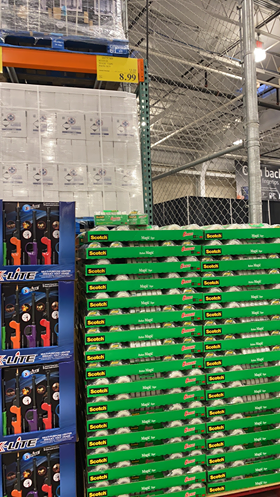 Because they’ve sent back so much of the clothing, below are pictures of what the clothing department looks like now. They cleared most of it out and have started putting food and other items there. 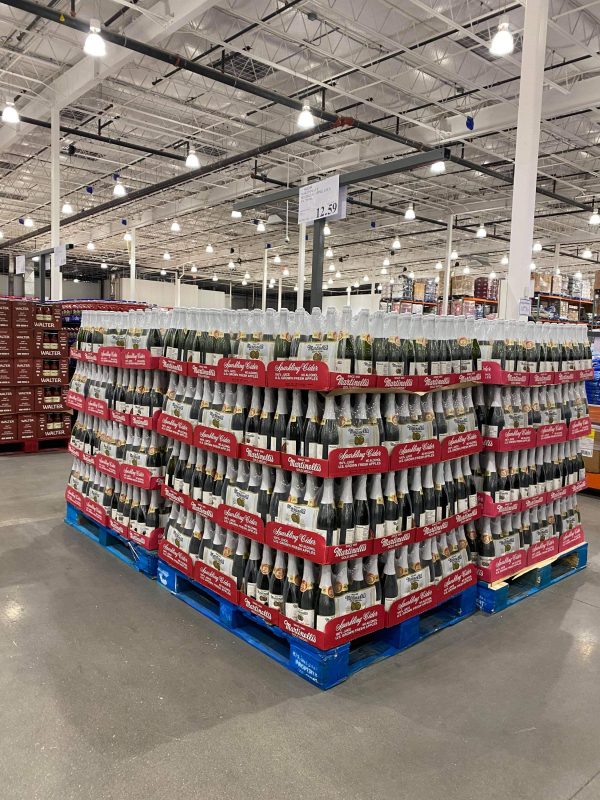 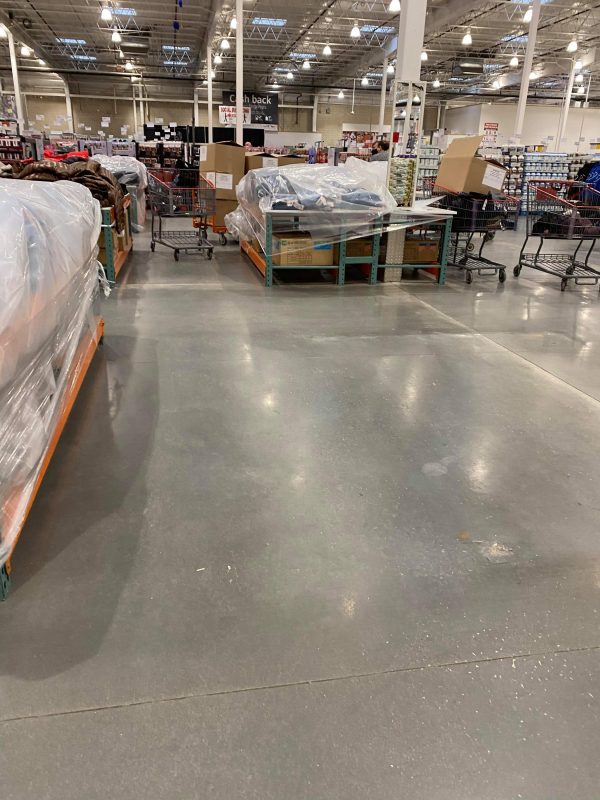