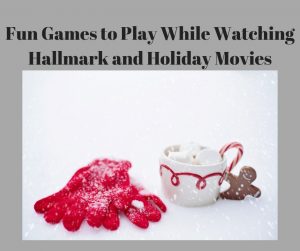 Get your cozy gear on and a cup of hot chocolate and cookies – it’s time for Holiday Movies!!

Seems they’ve been playing almost nonstop for weeks already and I can’t resist them! Fun to curl up and watch them for some cozy Holiday feelings – or take it up a notch and involve a little bit of sarcasm and silliness!

Here are some of the stuff we do while watching these:

So, what are your fun things to do while watching these movies?

I’m a huge fan of them – I watch tons every year. Most are great, some aren’t – but they’re always great to watch! They’re a cheesy good time!

So, tell me what you’ve seen and figured out watching these!

Make sure to check out all of the Hallmark movies filmed in Winnipeg!