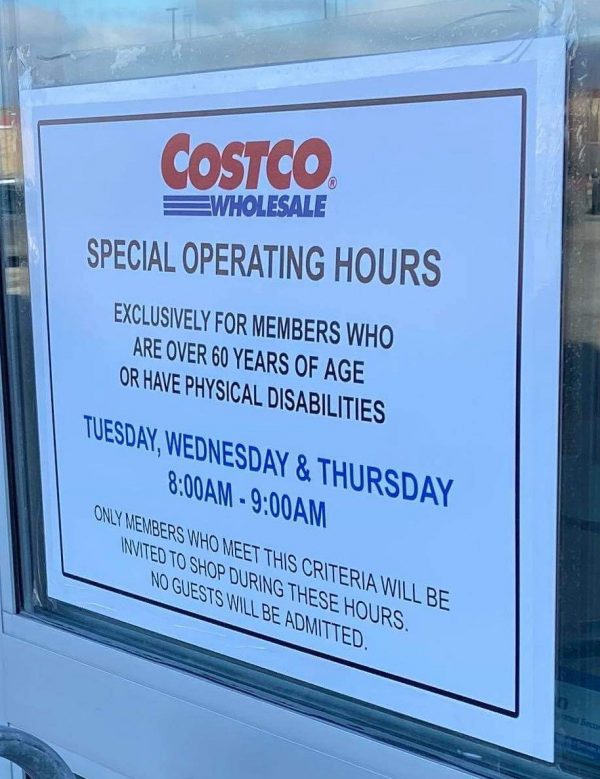 Costco stores in Winnipeg have announced that they will be opening the store from 8 to 9 a.m. Tuesdays and Thursdays for seniors over 60 and those with disabilities. They’ve updated it now to Monday to Friday. Not sure how long this will be in place, but it’s a great idea.They also have put up signs in store that they are no longer accepting returns on toilet paper, paper towels, Lysol wipes, rice and water.Make sure to read up on all of the changes to how many people in the store at one time too. And changes to the food court and departments that are closed.

The pharmacy is also only allowing one months of prescriptions, according to government guidelines.