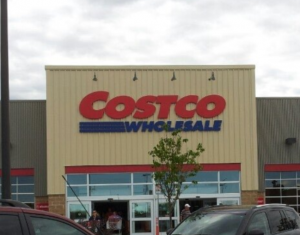 I recently asked a question on my facebook page – just for fun.

A simple question – If you got to pick the spot for a new Costco location, where would it be?

As of writing this now, there’s over 900 comments on it – and some people are super passionate about it. Lots of great ideas, opinions and suggestions.

First of all – the rumours. So many rumours! In 2018, they started with a lot of news stories of permits being applied for in West Winnipeg – and nothing has ever come of it. No one back then from Costco would confirm or deny it either. Over the years there have been rumours of Sage Creek and many other locations too.

Yet, in the comments on my post – 2 years after all the permits  –  everyone’s brothers best friends cousins uncle has been working on the new Costco in that exact spot. Some swear the building is going up right now, that they  have worked on the water, the electricity etc. for it.   Yet, there is no building there……I guess we really, really want a new Costco!

It reminds me of the over 10 years of rumours of an Ikea location coming before we finally did get one. Back then, there was always someone naming the spot, swearing they knew a guy who was working on it. I guess in the end with so many guesses, someone always ends up being right.

Who knows, maybe they will build there eventually – but it’s not happening now. If you check the Costco website, there’s only 2 locations listed for 2020, and neither of them is even in Canada. It would be a great location though, for those coming in from outside Winnipeg – no need to even go into the city.

So, regardless of where this new one might end up if we ever get one, it won’t be for quite a while.

Back to what everyone is thinking – the #1 choice was Brandon. People were super passionate about that happening at some point. Not sure what Costco’s minimums for population are – but one in Brandon would draw a large crowd from around the province, and Saskatchewan too. And people really, really want one!

Other tops choices were Winkler, Sage Creek (which is a for sure no), North McPhillips area and Steinbach. A lot of votes for those for sure.

What do you think? Would you want one nearby, and how do you think it would affect smaller businesses nearby?

If you had a vote, what would it be?

And what stories have you heard about the new Costco coming? And which do you believe will be true – get your bets in now! 🙂

3 Replies to “Will Winnipeg ever get a 4th Costco? Or should it go to another Manitoban city?”