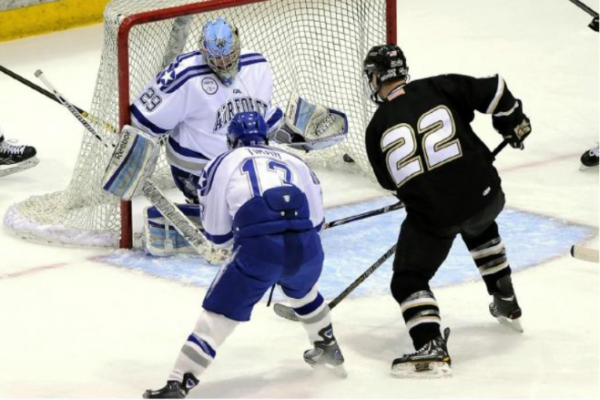 Some hockey players have one type of shot that is just unstoppable. Back in the day, Brett Hull had the one-timer on one knee, and for years now, Alexander Ovechkin has been lighting the lamp with his powerplay one-timer from the top of the circle.

But lately, skilled players vary up their tactics to keep goalies guessing. The more tools you have as a shooter, the less predictable you are to a netminder. Let’s check out some of the training tools today’s players use at home to become a truly lethal sniper.

Shooting extra heavy pucks with added stick weight is a fantastic way to build strength and gain power on your shot. If you can fire off shots top corner with all that added weight, you’ll rip them in a game!

Innovative companies like HockeyShot Canada have stick weights that slide right on and pucks of different weights, too. Pucks will feel lighter when you train with modern gear because every sniper needs a hard and heavy shot.

Sometimes, just getting the shot away quickly is enough to put one past the goalie. The Reactive Sniper is a unique training device designed to improve reaction time. It can be mounted in the net and it lights up in random sequences to direct where to shoot your shot.

If you keep practicing hitting one target in the same place, you’ll become proficient in hitting that target. Not knowing where you need to shoot until the light turns on replicates the feeling of being in a game, where you need to react and shoot at whatever opening the goalie gives you.

You can’t work on ice hockey skills effectively at home if you’re shooting pucks on the pavement. Not only will the asphalt chew up your stick blade faster, but pucks don’t glide on the road the way they do on the ice.

Whether you’re stickhandling a while before firing it off or working on your one-timer and snapshot, you want to practice in the same conditions you experience in a game. Pucks wobble and drag on pavement, while the shooting pad makes them slick.

You might be angry or disappointed when you miss the net in a game, but at least you’ll never damage your property! Shooting in your basement or on the driveway presents a different risk.

Now, you can buy a shooting tarp that covers a few feet of the area surrounding your net. Shooting wide or high is its own punishment: you don’t need to put a hole through your wall or damage your garage door to know you should hit the net next time.

If you don’t have a tarp, you might not be willing to fire the puck as hard as you could. Don’t be shy! Get a tarp and put your whole body into that slapshot.

Maybe you can score a few goals using your best shot, but soon, goalies will detect the pattern, and you’ll become predictable. Get modern training gear so you can practice the shooting skills you’ll need in the big game, right at home.