With jackpots routinely clocking in at nine figures (or hundreds of millions of dollars, to put it another way), Mega Millions is one of the USA’s biggest lotteries, and also one of its most fun. But up until recently, there has been no easy way for Canadians to get in on these massive jackpots. Thankfully, that’s no longer the case, and there is now an easy and secure way for Canadians to buy Mega Millions lottery tickets, all from the comfort of their computer.

This article will explain what the Mega Millions is, where you can play it online, and how the rules of the game work. The next Mega Millions jackpot could go to a Canadian – could it be you? 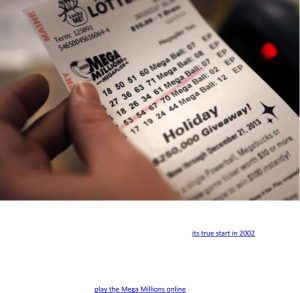 What Is The Mega Millions?

Beginning in 1996 under the apt name “The Big Game”, what you now know as Mega Millions started humbly, with only a few states joining the game. Itgot its true start in 2002 when more states, including New York, joined the lottery, and from there the Mega Millions became a national obsession that has been expanding ever since. Now it’s played across 43 states in the US (as well as the US Virgin Islands and DC), with draws every Tuesday and Friday at 11pm EST.

How To Play Online

It used to be pretty difficult to play the Mega Millions online but LottosOnline has simplified the process immensely – you can just sign up for an account and then have total access to Mega Millions tickets (as well as Powerball, and a number of other lotteries). Essentially, LottosOnline buys Mega Millions tickets on your behalf and thenuploads the tickets to your account with corresponding numbers and proof of purchase. You can even purchase tickets using Interac. And if you win, there’s no chance of leaving an unclaimed ticket, as LottosOnline will alert you through your account. 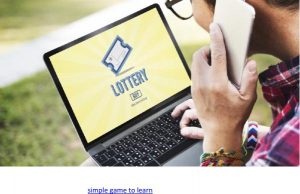 Rules Of The Game

Mega Millions is a relatively simple game to learn. Players pick six numbers from two different pools of numbers. You pick five numbers between 1 and 70, and one Mega Ball number between 1 and 25. If you hit all six numbers you win the jackpot, which has been known to reach over 500 million dollars! If you match all your five white balls, but don’t hit your Mega Ball, you still win a whopping one million dollars. There are many smaller prizes to be won as well, depending on how many balls you match, so don’t kick yourself if you don’t win big. One of the great pleasures of playing Mega Millions is actually winning those smaller prizes – they can really add up!

It used to be so frustrating, being so close to the American border and yet not being able to play their lotteries. Well, now that’s all changing. Brush up on strategy, sign up for LottosOnline, pick your Mega Millions numbers, and cross your fingers. Don’t let Americans get all the money – play the Mega Millions right here in Canada, using this handy guide.