For those less technically and financially inclined humans out there in the world, the notion of cryptocurrency can seem completely inaccessible. Some people still get anxious at the idea of sending email money transfers, so the prospect of a digital wallet where their bitcoins sit fluctuating in value on a day-to-day basis might seem very scary indeed. Brief news stories on bitcoin can confuse people rather than inform them – if you can’t grasp the fundamental concept, how can you understand the complicated developments in the fast-changing cryptocurrency ecosystem?

Most news stories related to crypto these days have to do with how the value of since its modest inception. And while naysayers are always shouting that the bubble will burst, bitcoin has risen exponentially the year over year stats show a staggering climb in value, with several significant dips along the way that are proportionally acceptable, considering the overall tendency towards a higher value. The truth is, however, that bitcoin – and the blockchain that supports bitcoin – was not designed to be invested in, it was designed as a solution to fiat currency, which is controlled by a central authority (aka governments). 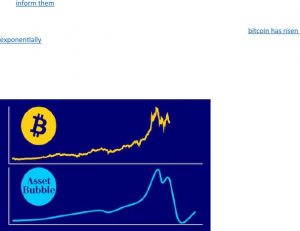 Because bitcoin (and cryptocurrency at large) is new and exciting, and because it is in a liminal phase between the fringes and the mainstream, there is lots of fluctuation, which means lots of great opportunities for speculation. The parallel between crypto investors and prospectors of the gold rush era is so obvious that the term mining is applied to high-speed computers that win new coins by solving complex math problems. Because there is a finite amount of bitcoin (the well is scheduled to run dry sometime around 2140), it oddly has the kind of value you might find in a rare and extremely sought-after commodity, such as diamonds. So, while crypto does present adventurous investors with an attractive gambit, it’s also just meant to act as a decentralized currency that can change hands anonymously, without sharing any personal information.

So, you ask, which is it: currency or investment? For now, the answer is both. In ten years, when bitcoin and crypto is a mainstream method for making purchases and transferring money, the value, like that of the Canadian dollar, will probably move around a lot less. For the foreseeable future, however, the price of bitcoin and other incarnations of crypto will probably bounce around a lot, attracting no small amount of attention from ambitious financial pros and amateurs.

Crypto For The Everyman (and Woman)

If you want to buy something with crypto, or you want to hold a few coins in an account just to be part of the zeitgeist, there are an ever-growing number of platforms and wallets that can accommodate you. Bitbuy.ca is Canada’s premier crypto platform, offering transparency and ease of use whether you’re looking to speculate or use bitcoin as currency – whether you’re based in Vancouver, Calgary or Toronto, you may want to engage the services of a company that resides within your borders, who you can call or email whenever you need support. 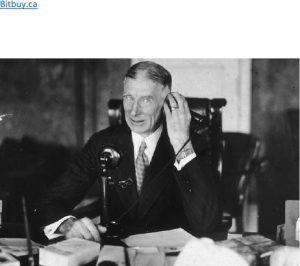 While crypto may still seem foreign and complicated to some, consider the history of most popular technologies: In the late 19th century, anyone dialing or talking on a phone would have looked like an insane person. These days, if you’re not doing something on your phone, you’re in the minority.