Should your portfolio include gold? There are a lot of compelling reasons to invest in gold today, but the three main factors that drive investors to buy gold are: hedging, finding a safe haven, and waiting for a chance to profit.

#1 Using Gold as a Hedge Against Declining Dollar Value

When investors want a hedge, they’re looking for an asset that will offset losses in other asset classes. Gold is a favorite hedge against both the dollar value and stock markets. Gold is often seen as less of a risk than stocks and prices tend to rise as stocks do poorly. Long-term, the stock market may offer better returns than gold (though since 2000, gold has outperformed the S&P), but gold is consistently a better place to keep your wealth long-term than in cash. 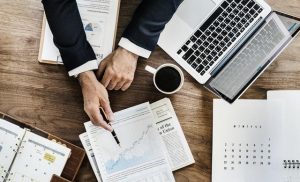 Determining whether the dollar’s value is in decline can be complicated. Some investors are most concerned about inflation: how much the dollar is worth compared to other goods. Others might look at other currencies and see the dollar losing ground. That may have been one of the factors behind the gold-rush of the 2000s. Between 2002 and 2007, the dollar fell 40 percent compared to the euro, while the price of gold moved from $347 to $833 over the same period.

#2 Gold Prices Can Go Very High at the Right Time

Timing is everything when it comes to investing, but it’s notoriously difficult to predict. Since Nixon effectively ended gold-backing of the US dollar (and the global economy by proxy), gold has seen two major bull markets and two crashes. The first was in the late ’70s, only a few years after gold prices were left to move freely. This was followed by a significant crash in prices in 1980.

There are two things you should know about investing directly in gold for profit:

A) It’s better to buy physical gold coins and bars from a gold dealer like Silver Gold Bull. ETF investors often come to the party too late and wind up losing on the downturn. Physical gold bullion is an asset that encourages long-term holding.

B) Be aware of today’s prices. Before you buy gold, get the current price for precious metals (including silver). You can use this benchmark to determine what your goal price point is for selling off.

#3 Gold Is a Safe Haven Asset

During the 2008 financial crisis, investment in gold reached a fever-pitch. There were genuine concerns about a global depression, while monetary crises were narrowly avoided in major, first-world economies like Italy and Spain. In countries like Cyprus, even bank deposits were put in jeopardy.

There are few assets that can claim to be as safe as gold. Investors like gold because it’s a safe haven against financial crises and economic collapse.

These are the main reasons people invest in gold today. It’s a hedge, a safe haven, and it can be remarkably profitable. Buy gold as part of your investment portfolio.